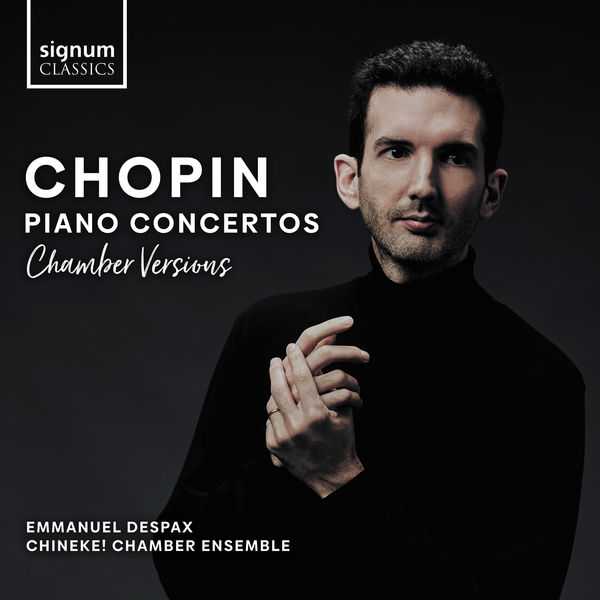 Following the acclaimed Brahms recording in 2021, Emmanuel Despax presents his sixth album with Signum Classics. “Chopin’s Piano Concertos are among his first and most significant points of departure, a marked liberation from the constraints of an early but short-lived respect for custom and tradition… I would say that the exceptional nature of this Chopin recording lies in the combination of the chamber music, quintet slimmed-down version of the Piano Concertos complemented by a pianist who plays with an almost epic size and grandeur” (Bryce Morrison).

Emmanuel Despax has gained worldwide recognition as a singular artist, whose interpretations bring a rare sincerity and imagination to the music. Chineke! was founded in 2015 by the double bass player, Chi-chi Nwanoku OBE, to provide career opportunities for established and up-and-coming Black and ethnically diverse classical musicians in the UK and Europe. The Chineke! Chamber Ensemble comprises the principal players of the Chineke! Orchestra.