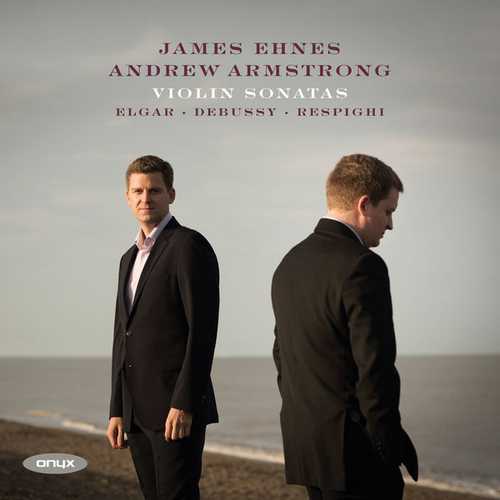 After a rapturous critical reception for their Franck & Strauss Violin Sonatas, [see below] James and Andrew turn their attention to three violin sonatas all composed around the years of World War I. The Sibelius ‘Berceuse’ also dates from the war years when Finland was isolated from the rest of Europe. Sibelius was short of money and busy writing the 6th and 7th symphonies, and planning his 8th: the six short pieces of Op. 79 were attractive to publishers who were wary of large scale works with little chance of commercial return during the hostilities. Debussy would die in 1918 and had, like Elgar, composed very little during the conflict. ‘I want to work,’ he wrote to his publisher Durand, ‘not so much for myself, as to provide a proof, however small, that thirty million Boches can t destroy French thought’. Elgar told a friend ‘I cannot do any real work with the awful shadow hanging over us’ he said. Suffering from ill health, Elgar wrote the sonata in Sussex where a copse of gnarled lightning-ravaged trees, near his house on the South Downs, inspired him to embark on three late great chamber works. Respighi s sonata inhabits a heroic late romantic almost Brahmsian world, seemingly unscathed by the devastation of the War to end all wars.