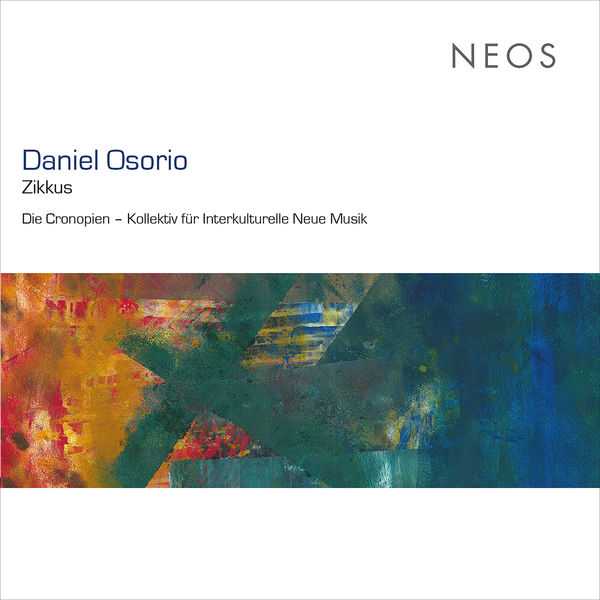 Daniel Osorio, born in Chile in 1971, grew up with the sounds of Andean instruments, among which the sikus (pan flute) has special significance for him. As a sign of resistance, these instruments were de facto banned during the Pinochet dictatorship. Memories of this time have never left Daniel Osorio; thus, between 2007 and 2021, he created five works for solo instruments and electronics that deal with the different musical and cultural facets of the sikus. They are combined here in a cycle. The creative shaping of the material with the tools of a European compositional tradition is also reflected in the slight alienation of the instrument’s name: “Zikkus”.

Daniel Osorio studied composition and electroacoustic music with Prof. Pablo Aranda at the Universidad de Chile. In 2005, Osorio went to Saarbrcken and completed his postgraduate studies in composition with distinction with Prof. Theo Brandmller and Prof. Dr. Stefan Litwin at the Hochschule fr Musik Saar. Daniel Osorio received a scholarship for the German Study Centre in Venice, the sponsorship scholarship of the state capital of Saarbrcken and the Culture Prize for Music of the Regional Association of Saarbrcken. He is the founder and director of the festival “eviMus – Saarbrcker Tage fr elektroakustische und visuelle Musik” and the ensemble “Die Cronopien – Kollektiv fr interkulturelle Neue Musik”.