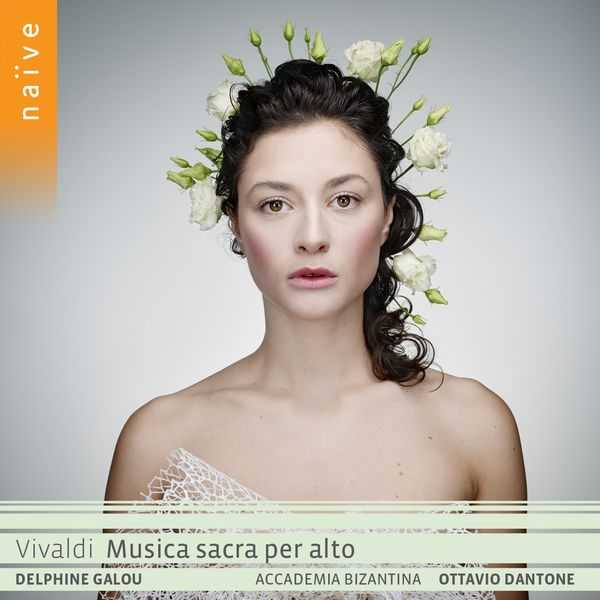 Vivaldi, the Venetian, master of the whole palette of human emotions. From the church to the opera house, from tragedy to joy, the immediately-recognisable sensibility, the expressiveness, the inimitable colours and an unbeatable talent to say so much in just a few notes.

The contralto Delphine Galou (who recently won a Gramophone Award, one of the most prestigious awards in the classical music world) and Ottavio Dantone’s Accademia Bizantina have created two recitals of sacred music and of opera that illustrate the incomparable richness of Vivaldi’s body of work and establish the emotional connections between the two repertoires.

For the first time, two volumes of the Vivaldi Edition (in this case the 59th and 60th) will be released at the same time, with their synergy also reflected in the albums’ artwork.

The recital ‘Musica sacra’ consists of six works of very diverse themes and styles, symbolising the richness of the religious fervour of Antonio Vivaldi’s sacred music.

When it comes to posterity, Vivaldi has been quite lucky. Thanks to a series of happy accidents, his personal manuscript collection has survived through the centuries, allowing his music to be preserved and later played and recorded. Contralto Delphine Galou and Ottavio Dantone, the director of the Accademia Bizantina, drew from this invaluable batch of nearly 450 compositions to develop this album’s program of sacred music dedicated to the alto voice.

This recording includes two “introdutioni” for alto, a kind of motet whose form would have been devised by Vivaldi for his Venetian work for the Pietà. You can also find the vespertine hymn Deus tuorum militum for alto and tenor (Alessandro Giangrande), as well as a Regina coeli, a Marian antiphon played on Easter Sunday.

At the heart of this album is a violin concerto written for the day of the The Assumption of Mary (August 15th). The importance of this celebration in the Italian liturgical calendar is underlined here by a score of an unusual length for a Vivaldi concerto, with it being divided into two orchestral parts that exchange a sometimes and sometimes joyous dialogue. Written for his student Anna Maria, the solo violin part preserved in the archives is played here by Alessandro Tampieri, who has once again enriched it with a very virtuoso “capriccio” of his own making.