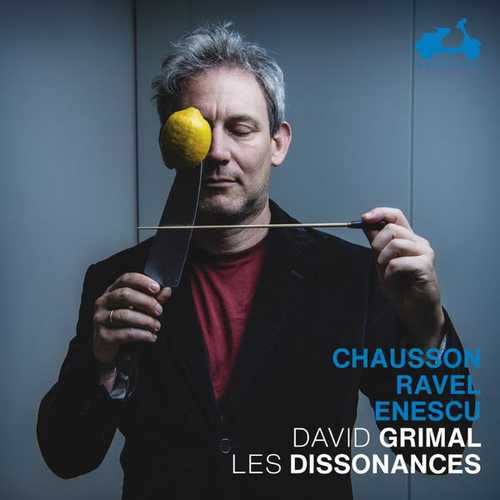 The works of George Enescu, a Romanian composer nurtured on the musical traditions of his country, also has deep roots in the French musical world of the early twentieth century. This disc explores that twofold ancestry, which made Enescu, an outstandingly charismatic personality, a veritable bridge between Romania and France.

“George Enescu was undoubtedly one of the most extraordinary musicians I have met in my life, along with Béla Bartók” : these words were spoken by Lord Yehudi Menuhin outside his cabin door on the Mermoz when David Grimal met him more than twenty-five years ago. “I remember that, at the mention of George Enescu’s name, Menuhin seemed almost like the child prodigy he had been more than seventy years before. His eyes lit up with admiration and gratitude for the man who had been his mentor” (David Grimal).

For Enescu was like a shooting star, traversing the century in a constant voyage between his Romanian roots and France, his adopted country. A classmate of Ravel’s in the counterpoint class at the Paris Conservatoire and an ardent advocate of Chausson’s Poème, Enescu is the very symbol of the musician as humanist. The Caprice roumain, completed by Cornel Tåranu, is probably his least-known masterpiece, a work unique in the history of the violin concerto. It is flanked by Ravel’s Tzigane and Chausson’s Poème, providing a rounded portrait of the close cultural relationship between France and Romania.