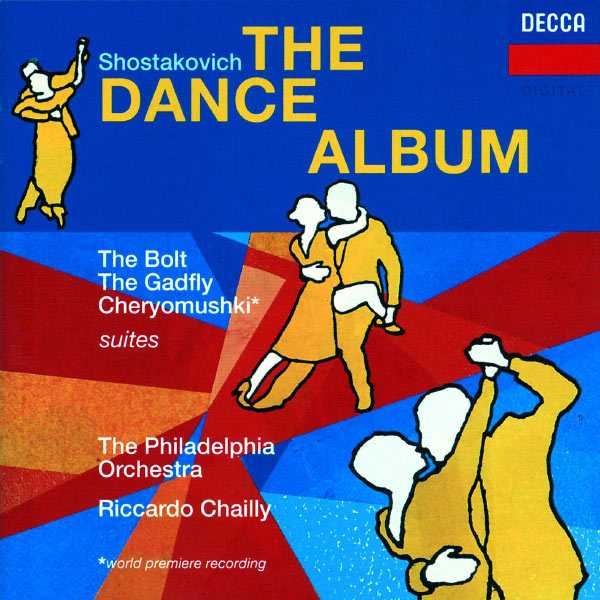 Although entitled ‘The Dance Album’, interestingly only one of the items on this disc (The Bolt) is actually derived from music conceived specifically for dance. However, what the disc reveals is that Shostakovich’s fondness for dance forms frequently found expression in his other theatrical/ film projects.

The world premiere recording of a suite of four episodes from the 1959 operetta Moscow-Cheryomushki will be of particular interest to Shostakovich devotees. Despite the somewhat mundane plot, the score produces some surprisingly attractive and entertaining numbers, most notably perhaps the invigorating ‘A spin through Moscow’ and the ‘Waltz’. For the suite from the ballet The Bolt Chailly brings us the less frequently heard 1934 version in which the composer dropped two of the eight numbers and changed some of the titles in order to deflect from the story-line of the ballet. Lots of parody and plenty of Shostakovich with his tongue planted firmly in his cheek is what we get, and if this aspect of the composer’s output appeals then you’ll certainly enjoy Chailly’s and his players’ spirited and colourfully buoyant performances of this energetic score.

Less familiar light is also shed on the music from the film The Gadfly which is heard here in a version which brings together 13 of the score’s episodes and preserves Shostakovich’s original orchestration, as opposed to the suite prepared and reorchestrated by Levin Atovmyan. All the performances on the disc are superbly delivered and the recorded sound is excellent.