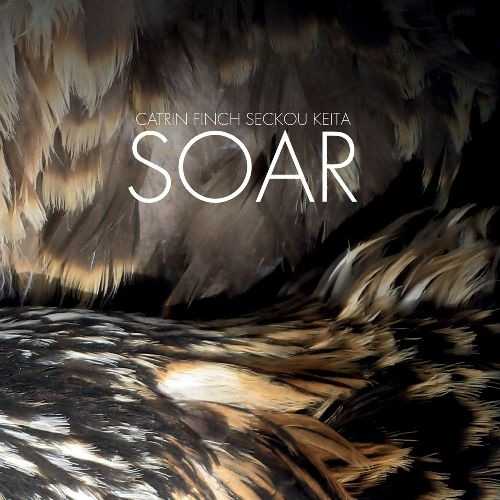 SOAR takes flight on the wings of the osprey, the magnificent bird of prey recently returned to Wales after centuries of absence, which makes its annual 3,000-mile migration from the coasts of West Africa to the estuaries of Wales, soaring like music over man-made borders on an innate and epic journey of endurance. The release is the duo’s first since their award-winning debut album Clychau Dibon (2013). They have been touring the world ever since, drawing deep on their own diverse traditions and transforming them with remarkable synergy, delighting audiences with their exhilarating live performances.

SOAR explores themes of migration and journeys, both emotional and physical, and continues the duo’s intrepid exploration and celebration of the parallels and differences between their two instruments and cultures. The harp occupies a vital place in the incredibly rich cultures of both West Africa and Wales, and both nations share a centuries-old bardic tradition of intricate oral history, expressed through music, song and verse.