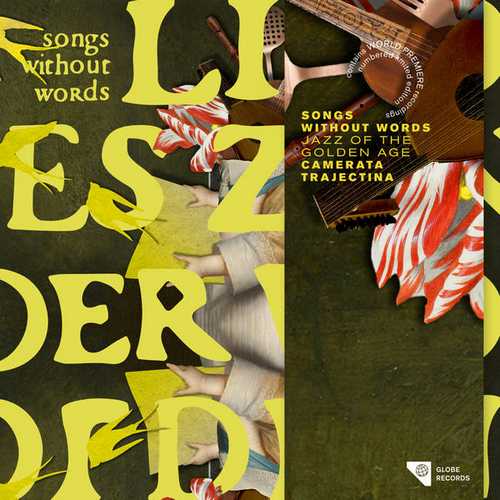 After 33 vocal albums, this is Camerata Trajectina’s first purely instrumental album, boasting the excellence of the ensemble’s instrumental players

Let us open with a quote from the ensemble’s biography: “Poetry in the 16th and 17th centuries was usually set to popular melodies and was, therefore, sung! This compositional approach was practiced by famous poets such as Hooft, Bredero and Cats as well as by uneducated soldiers and sailors. Camerata Trajectina has had years of expertise in researching the source melodies underlying these texts. Its arrangements are based on musicological research and historically appropriate improvisations.” In a culture where just about everyone sang or played an instrument, the indication “To the tune of” over the text told them which melody to use. Musicians reused the top hits, both Dutch and from elsewhere in Europe, as the blueprint upon which to set new texts.

These popular ditties were the greatest common denominator in the vocal and instrumental tradition. The same tunes used by poets and singers as the basis for new texts were also the sources for arrangements and variations created by instrumentalists. This culture of recycling was found all over Europe; the Netherlands eagerly imported tunes from all corners of the continent.

The most beautiful melodies of the Dutch Golden Age were omnipresent. They rang out on the carillon and sounded on the organ in church, they were whistled and blown by city pipers and flutists, and they were whirled and capered to at weddings and balls.

Camerata Trajectina’s approach is not only stylistically appropriate but also takes inspiration from the modern world. Jazz musicians interpret the great standards, such as Summertime, in their own recognizable style; this freedom of interpretation was exactly the same in centuries gone by.

Camerata Trajectina play classics of the 17th century in their own arrangements and improvisations, recycling famous melodies, madrigals, songs and harmonies. Imagine a jukebox from 1634; which hits are in the top 40? Throw in a sixpence and choose between Flow my tears, Amarilli mia bella, Greensleeves, Est-ce Mars or Onder de linde groen.