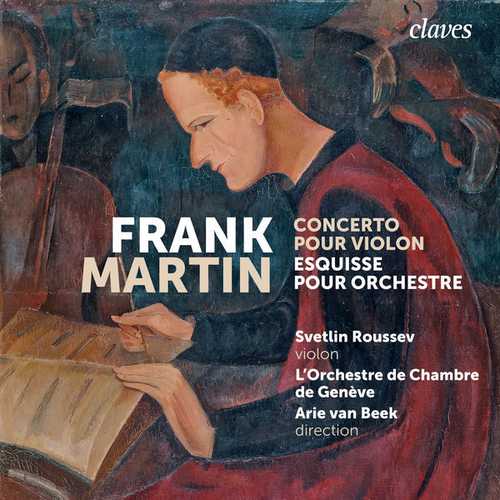 A recording dedicated to Frank Martin, an important figure of 20th century music, faithful to the tonal tradition, while experimenting with forms and instrumentation; he was also one of the first “classical” composers to have written for the electric guitar!

Flashback In Frank Martin’s youth, Geneva’s musical life was very much oriented towards Germanic music, the works of the great German masters being those that were mainly played. Although Frank Martin, naturally gifted for music, did not follow the official teaching, he studied privately from 1917 onwards with Joseph Lauber (1864-1952), a musician trained at the Zurich Conservatory. Lauber was not indiffer¬ent to the novelties brought by French composers at the beginning of the 20th century. He introduced his pupil to the works of César Franck (a Belgian, admittedly!).

For Frank Martin, who had already turned 25 and composed several pieces, this was a revelation. So was the discovery of the music of Debussy, Ravel, Duparc, Fauré, not forgetting Stravinsky, whom Ernest Ansermet – founder of the Orchestre de la Suisse Romande in 1918 – regularly included in his programmes. Frank Martin was bewildered by these harmonic and rhythmic novelties. His quest for a highly personal style and language lasted for some 20 years, until the turn of the 1940s when he composed Le Vin herbé. According to Martin himself, this secular oratorio “was the first important work in which I spoke my own language’. These two decades were nevertheless punctuated by works which all revealed, to varying degrees, many of the composer’s original traits. Some were only modest pieces such as Pavane couleur du temps (1920), oth¬ers more ambitious works such as La Nique à Satan (1931) or the Symphonie pour grand orchestre (1934).