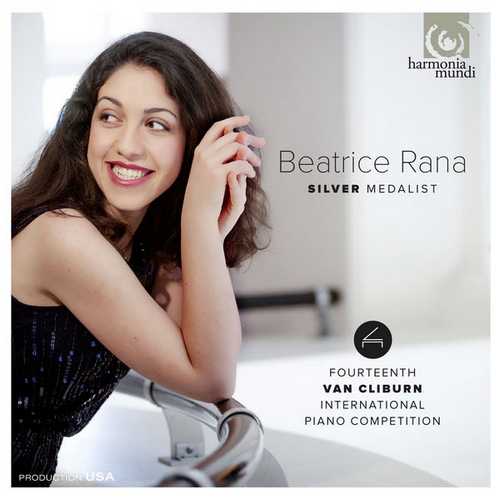 With performances heralded as “sheer enchantment, alternately out-of-body and almost fearsome in intensity” (Dallas Morning News) and “an endlessly fascinating piece of humanity that had the orchestra riveted on every note” (Huffington Post), Italian pianist Beatrice Rana drew mass attention during the 2013 Cliburn Competition, capturing second prize, as well as the Audience Award.

A prizewinner many times over, Ms. Rana was named “One to Watch” by International Piano magazine just before her Cliburn appearance. Highlights of her 2013–14 season include invitations to perform with Yannick Nézet-Seguin and the Orchestre Métropolitain, Miguel Harth-Bedoya with the Fort Worth Symphony Orchestra, and Fayçal Karoui with the Orchestre Lamoureux in Paris’ Théâtre des Champs-Élysées, and tours of the United States arranged by the Cliburn. Beatrice has previously been invited to several festivals around the world, including the Busoni, La Folle Journée, La Roque d’Anthéron, Lanaudière and Radio-France Festivals. In 2012, she released her first CD of works by Scriabin and Chopin on ATMA Classique.

Born in Copertino (Apulia) into a family of musicians, Beatrice Rana began musical studies at the age of 4 and made her concerto debut when she was 9. She currently studies with Arie Vardi at the Hochschule für Musik, Theater und Medien Hannover, having previously graduated from the Nino Rota Conservatory of Music where she studied with Benedetto Lupo.