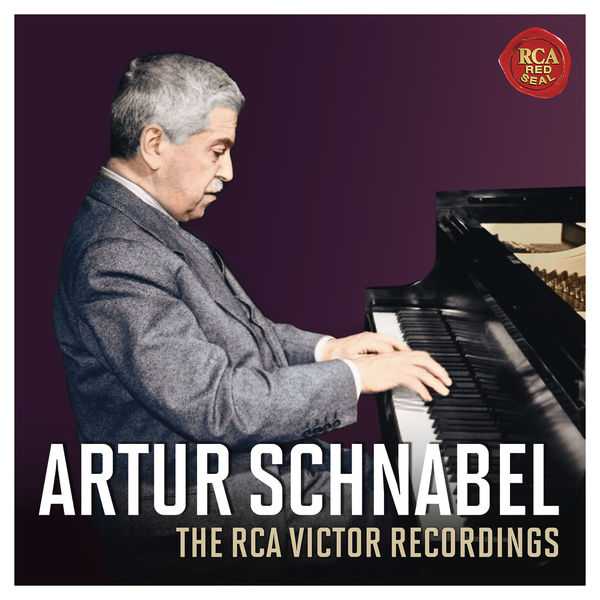 Sony Classical pays tribute to Artur Schnabel – one of the 20th century’s most influential pianists and musical thinkers – with a 2-CD set of his complete American RCA Victor recordings.

Artur Schnabel – The RCA Victor Recordings brings together all of the pianist’s sessions for RCA Victor, recorded within an intense two months of activity in 1942. Beethoven’s G major and “Emperor” Concertos with the Chicago Symphony Orchestra (conducted by its long time music director Frederick Stock) first appeared on 78s. Two late Beethoven Sonatas, No. 30 in E major op. 109 and No. 32 in C minor op. 111 were issued for the first time in 1976, inviting comparisons alongside Schnabel’s much imitated early 1930s versions. Also from the 1942 sessions are the previously unpublished Schubert Impromptus D 899, a significant addition to Schnabel’s discography.

Born in 1882 and raised in Vienna, Artur Schnabel began lessons at nine years old with Theodor Leschetitzky. The legendary pedagogue recognized his young pupil’s unusual nature, and steered him towards Schubert’s then-neglected sonatas, saying, “You will never be a pianist, you are a musician.” After his 1898 Berlin debut, Schnabel began touring as a soloist, as a chamber player, and in a lieder duo with his future wife, contralto Therese Behr.

Although Schnabel commanded a wide repertoire, he was best known as an interpreter of the Austro-German classics of Mozart, Beethoven and Schubert, with forays into Schumann and Brahms – as he put it, “music which I consider better than it can be performed.”

From 1925 Schnabel taught at the Berlin State Academy until leaving the city in 1933 after the Nazi Party took control. He became the first pianist in history to record all 32 Beethoven Sonatas, and taught master classes at Tremezzo, Lake Como before moving to the United States in 1939, where he became a naturalized citizen five years later. He returned to Europe after the war, and died in 1951 at Lake Como.