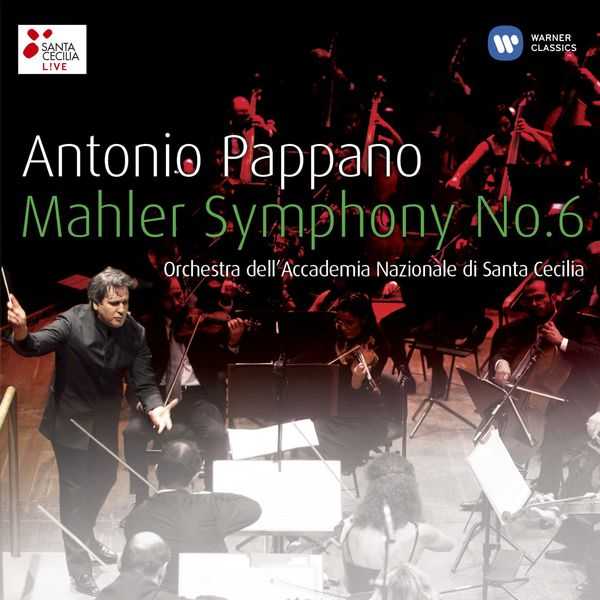 Mahler’s Symphony No. 6 is brought vividly to life in a concert recording by Antonio Pappano and the Orchestra dell’Accademia Nazionale di Santa Cecilia performing in January 2011 to mark the composer’s double anniversary.

The Santa Cecilia Orchestra’s Mahler tradition dates back to 1907 and 1910, when the composer himself conducted the orchestra. Many eminent Mahlerians have directed his works with the Orchestra since then, among them Bruno Walter, Otto Klemperer, Leonard Bernstein and Claudio Abbado. More recently, the Orchestra commemorated the 150th anniversary of his birth in 2010 and the 100th anniversary of his death in 2011 with a complete symphonies cycle conducted by Antonio Pappano and Valery Gergiev.
br<>
Mahler composed the thrilling, sometimes lyrical, personal and often-turbulent sixth symphony in 1903 and 1904, subsequently revised it, and conducted the premiere in 1906. His publisher gave it the subtitle ‘Tragic’, which is somewhat misleading in that it was written during a happy period of the composer’s life. Mahler married Alma Schindler in 1902 – hence the jubilant, soaring melodic ‘Alma’ theme in the first movement. The couple spent the summer of 1903 at his beloved Maiernigg mountain retreat, where he began the composition of the symphony. We can hear cowbells evoking the impression of a grazing herd of cattle and the surroundings of Maiernigg depicted through the use of celeste and tremolo strings.