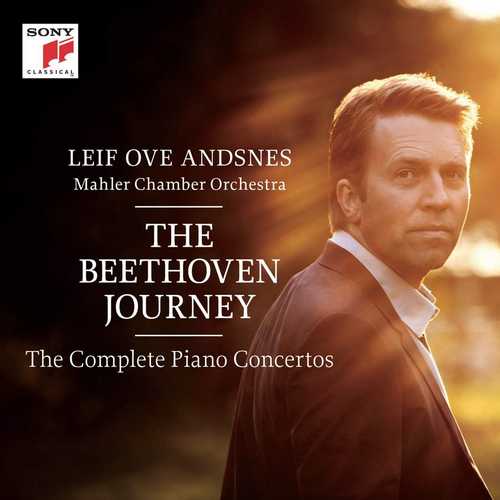 2014/15 is the crowning season of the Beethoven Journey. Leif Ove Andsnes and the Mahler Chamber Orchestra have now recorded all of the Beethoven piano concertos, they will be performing the works in 16 cities across North America, Europe, and Asia. Full-cycle residencies in 2014/15 will include (in chronological order): Bonn, Lucerne, Vienna, Paris, New York, London, Shanghai. The Beethoven Journey is a four-year collaborative project between celebrated pianist Leif Ove Andsnes and the Mahler Chamber Orchestra. Together they have recorded all of the Beethoven Piano Concertos, as well as the Choral Fantasy, with Andsnes not only playing but also directing the orchestra. The series began with the live recording of the Piano Concertos 1 & 3 at the Prague Spring Festival in the historic Rudolfinum building. The second CD, Piano Concertos 2 & 4, was recorded in London in 2013, and the final album was recorded again live at the Prague Spring Festival. Leif Ove Andsnes has devoted the majority of his performing and recording activities in the last 3 years to the music of Beethoven. The first recording for the project was named iTunes’ Best Instrumental Album of 2012. The second recording enjoyed an outstanding reception from critics, with many heralding the release as one of the finest recordings of the 2 & 4 Concertos. Although Andsnes has an extensive discography “The Beethoven Journey” is his first Beethoven recording ever.

Released as separate CDs between 2012 and 2014, Leif Ove Andsnes’ recordings of Ludwig van Beethoven’s five piano concertos and the Choral Fantasy have been brought together in this slip-covered package from Sony. The loose concept behind this project was to show how Beethoven’s musical development reflected the events and journeys of his life, from his early Classical period through his heroic, visionary works. This simple theme, a commonplace in Beethoven biography, and Andsnes’ speculative commentary, are secondary to the performances, though, which he delivers with a somewhat streamlined and muscular style in his readings with the Mahler Chamber Orchestra. While using modern instruments and only approximating a Classical sound in the orchestra’s lean textures, Andsnes offers little to appeal to early music enthusiasts, though his concessions to historically informed practice are noticeable. Overall, however, Andsnes’ interpretations are fresh and energetic, and there is much in this set to attract mainstream classical listeners.