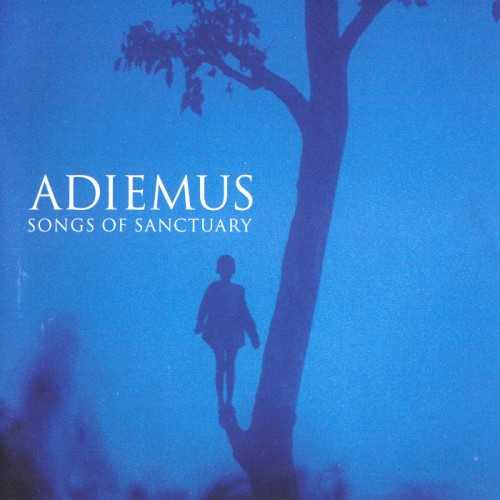 If you have seen a Delta Airlines television commercial that features an African-sounding, childlike choral chant in its soundtrack, you have experienced the title track from this album. Adiemus is largely the brainchild of former Soft Machine keyboardist Karl Jenkins, with participation from independent vocalist Miriam Stockley, a native of South Africa; the London Philharmonic Orchestra (which Jenkins conducts on this album); and others. The music of Adiemus will prompt inevitable comparisons to acts such as Dead Can Dance, Enigma, and Deep Forest. In the album’s liner notes, Jenkins describes Songs of Sanctuary as “an extended choral-type work based on the European classical tradition, but where the vocal sound is more akin to ‘ethnic’ or ‘world’ music.” The music of Adiemus, Jenkins later explains, includes voices, but not lyrics: “The text was written phonetically with the words viewed as instrumental sound, the idea being to maximise the melisma (an expressive vocal phrase) by removing the distraction, if one can call it that, of words.” Ranging in mood from gently tribal to ecclesiastical, Adiemus succeeds in creating the impression of an enchanted global youth or female choir, yet one less forebodingly mysterious than any of the groups previously mentioned. Here you will find textures similar to the ethereal vocalese found in some of Mike Oldfield’s more beatific works. The textures are largely uplifting, set within intelligent, classically influenced musical frameworks. A nice package for fans of alternative chant. –Terry Wood